The recent IPCC report has sparked a lot of media coverage about climate change1. While it is a positive sign that this crucial issue is finally being picked up by the mainstream media, it is important to remember that climate change is only one side of the coin. Biodiversity is equally important for supporting life on this planet and an issue that gets comparatively less attention2.

The reason that biodiversity is important is to do with the concept of resilience. By resilience I mean how much disturbance a system can absorb before the system flips into another state3. For example, how much heat water can absorb before it changes into a gas. The amount of disturbance ecological systems can absorb, directly depend on the diversity within and between the elements of a system. This is because if one element within the system fails, another element can be relied upon to maintain the resilience of the system4. 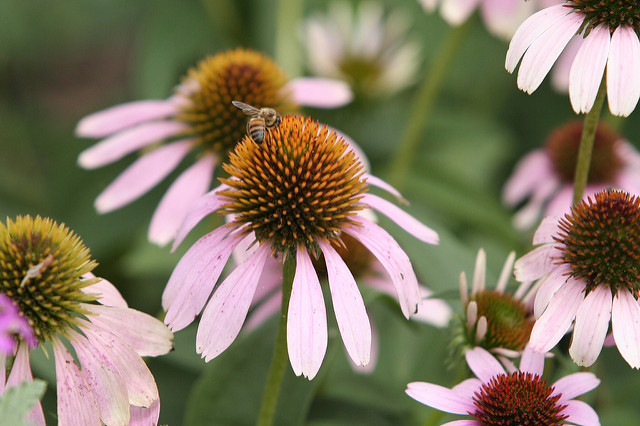 Photograph by Amy the Nurse

Demonstrations of resilience happen all around us every day in our homes, our places of work, in our transport systems and within our bodies. A simple example of resilience in diversity can be found in an insect pollinated plant. Should the population of a specific insect species be significantly reduced in a given year, a resilient plant is able to call on other insects for pollination. The plant’s opportunities for pollination may be reduced but it’s still able to reproduce. This is functional redundancy, where each important function in a system is supported by many different elements.

The loss of any species from an ecosystem may or may not have a significant effect. If it provided a unique function not performed by any of the remaining species, then the system will further decline. For example, if a plant species is the only source of food for a particular animal in the community then its loss will have a knock-on effect. It’s therefore also important that each element performs many functions and that a resilient ecosystem has functional diversity.

Another form of diversity that’s important to consider is response diversity5. We don’t know how the climate might change over the coming decades, but we are becoming increasingly sure that some kind of change is occurring. An ecosystem with response diversity should be able to survive whatever change comes along. If the local climate becomes hotter and drier at least some of the species performing a particular function, such as fruit production, should thrive. If instead it becomes colder and wetter other species will. The ecosystem as a whole can respond resiliently to whatever change might occur.

Greater biodiversity increases the likelihood of both functional and response diversities, but it’s no guarantee of them, especially if those systems have been constructed by humans without attention being given to their long-term resilience. 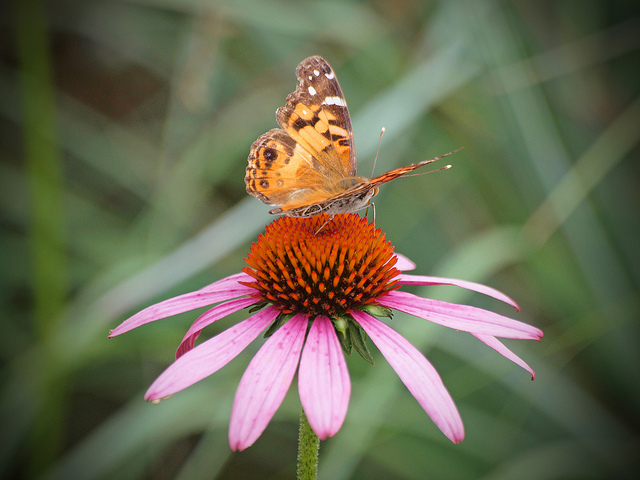 ‘Use and value diversity', ‘each important function is supported by many elements’ and ‘each element performs many functions’ are all key permaculture principles when it comes to designing resilience into the systems we create for meeting our needs. The examples above illustrate why biological, functional and response diversity within our ecological systems are so important. The failure of one plant to reproduce does not necessarily put the entire species at risk, just like the failure of a species doesn’t necessarily put a whole ecosystem at risk. However the lower the diversity of a system, the less resilient it becomes, and the less likely it is to be able to cope with stresses.

Our ecosystems are currently experiencing massive declines in biodiversity7. While this is difficult to measure, scientists estimate were are losing species at 1,000 to 10,000 times the natural ‘background’ rate of about one to five species per year8. As we're directly dependent on the ecosystem for survival this is surely having an effect on our resilience as a species.

If we only concentrate on climate change and do not give biodiversity equal attention the solutions we will implement will not be resilient. An example of this one-side of the coin thinking can be shown in the logic behind many carbon offsetting schemes which attempt to capture Co2 emissions through the planting of forests. The trees are often chosen on the merits of their ability to capture carbon and not their ability to create biological resilience or fit in with the local ecosystem9. These schemes create monocultures which often acidify the soils and rivers reducing the amount of wildlife as the landscape becomes increasingly degraded.

Likewise, if we only concentrate on biodiversity and do not give climate change equal attention we will only work to exacerbate declines in biodiversity. For example, if the climate gets hotter and species cannot cope with the stress, that will lead to further biodiversity loss and  decreases in ecological, functional and responsive resilience. It is therefore of utmost importance that we give both climate change and biodiversity equal attention when we are discussing the impact that we are having on the planet and the solutions that we implement.

Reslience is one of the the key reasons that Aranya chooses to teach a diversity of courses, something that is explained more in a previous blog post. The topics of diversity and resilience in permaculture design are just two of the many topics that will be expanded on in Aranya's new book on Permaculture Systems and Patterns which he’ll be busy finishing over the winter. If you’re interested in getting updates about the new book, future blog posts and courses then you can sign up to the newsletter by clicking the button below.

A blog on how to create your ethical livelihood

Join me to Design Your Ethical Livelihood

My Journey to an Ethical Livelihood

A blog about my journey to an ethical livelihood