‘Instead of feeling hopeless about our beautiful planet, permaculture opened my eyes to the many simple solutions that can be adopted and applied to create a better world’ 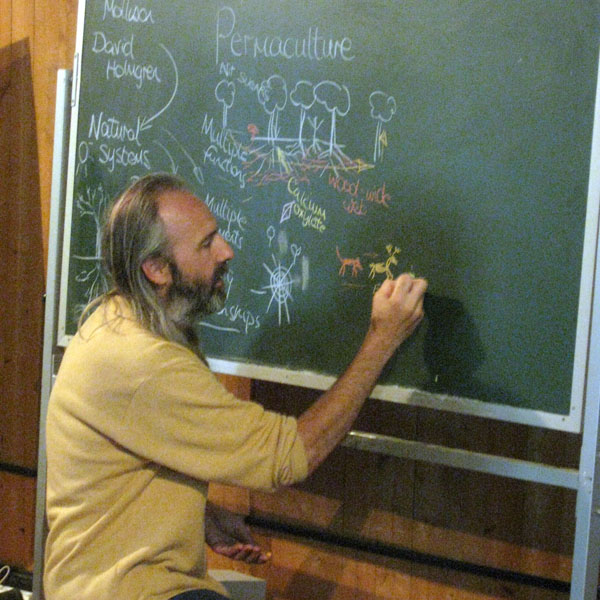 What's it all about and how can it help you improve your life? 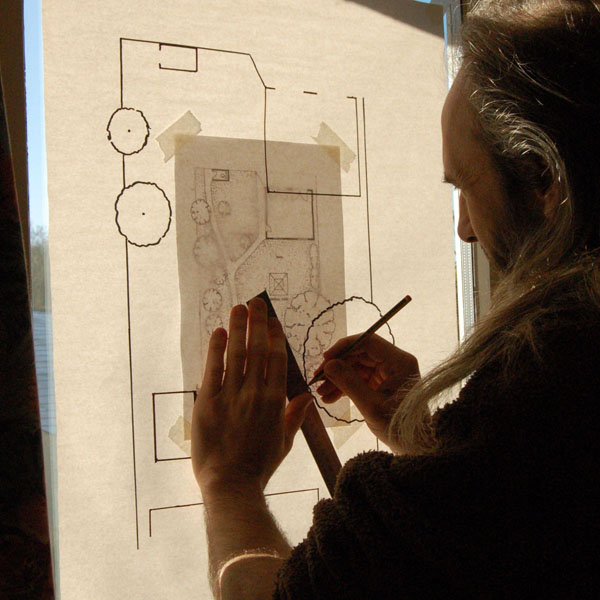 Aranya's step by step guide may be just what you need! 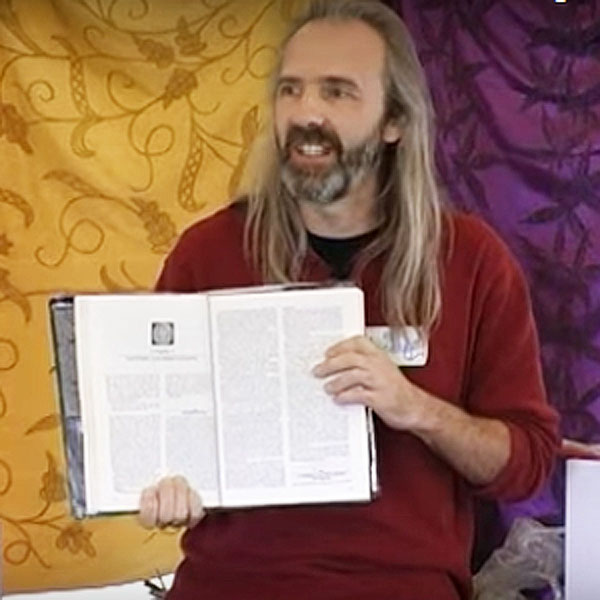 Got just a few minutes or a whole hour? There's something here just for you.
learn permaculture newsletter

This garden was designed during a life-changing year spent living halfway up a beautiful mountain in South West Eire. While I was there I was able carry out the initial planting stage of the design, including starting the central willow dome structure. Like the mobile home garden its main design criteria were environmental and based on Permaculture principles, though in contrast to the former it used no recycled or modern materials at all. In fact we had decided to live without such things to see how we would fare. The reason that I have so few photos of this garden is because we had no camera; these were all taken by visitors!

The ground was basically south-facing, but reasonably steep, rising up behind the cottage. It was also very uneven, covered with large rocks, half covered with a wide stream and of course very peaty, so very acidic soil. It did however give me the opportunity to grow all those acid loving plants that I'd never previously been able to, and to experiment with water plants for slow running peaty water. The land was also crying out to be planted.with trees. Most of Eire's mountainsides were previously covered with trees, mainly oak, which were almost all cut down during the time of mass wooden shipbuilding. Since then they have never been given the chance to grow back again because of overgrazing of sheep, an animal which is not incidentally native to the UK, but to the Middle East (where they now have lots of desert, strangely enough). This overgrazing was actually being encouraged at the time by crazy EEC subsidies.

The only plants that the sheep won't eat are rushes, which the farmers spray in order to stop them encroaching too much on the grass. These toxic sprays get quickly washed into the streams in this land of heavy rains, where they get into the drinking water of those rural dwellers still living without mains water, a bit further downstream. We were some of those people living with no mains water, sewage, electricity, gas, telephone.... any of it basically, apart from the postman! We drank water from a wellspring, used composting toilets and did without the rest, using candles sparingly for light when we really needed to. We also socialised a lot more than I had been used to, as three or more people sharing one candle or one fire used a lot less resources than us all being in different places.

So that's the background to the garden. Living that close to the land makes gardening decisions much more important too, which is why this garden had a preponderance of food plants, many of which are unfamiliar to most gardeners. However a lot of research has been done into such valuable plants in recent years by the likes of Plants for a Future and the Agroforestry Research Trust. Although we shunned most modern items, we did have a few precious books, most of which were about gardening and permaculture and these included Ken Fern's book 'Plants for a Future', well worth any good gardener's money! This in particular made it a lot easier to select plants that would do well in the milder climate, but with more difficult growing conditions. There was also a need to protect trees from grazing, but once they were established they would provide much needed shelter for the lower storeys of plants (the south-westerly winds could be pretty fierce at times!). Thus, fast growing pioneer species were planted to serve this purpose and with the wet conditions, Alder and Willow seemed to fit the bill (how they have fared in the longer term I don't know, but they seemed to start off well).

I also planted a lot of long taprooted plants to bring up deep nutrients to the surface (when the top growth dies down in winter it falls onto the surface, the same way that trees do when shedding their leaves, but without having to wait so long for the trees to grow). Fruit trees were planted on the higher, better drained areas and many varieties chosen to increase diversity, spread the cropping over a longer season and reduce risk of crop failure on a big scale. An unusual experiment in hedging was tried on the wet side by planting New Zealand Flax close together. This would also have provided a good source of fibre in the longer term, but whether I could have stood the rustling when the wind got up I never got the chance to find out!

The centrepiece of the garden was an experiment in creating a living home; in the days before willow sculpting was really popular! Hazel had been used to create a 'bender' structure and willow wands planted around its base and tied onto it in a diagonal trellis fashion. There was to be two potential entrances which both curved into the central space in a double spiral (like a twin-arm galaxy), either of which could be used depending on the prevailing wind at any time. A large rock was to provide the basis for a fireplace and a stone chimney built on top of it. While the structure would in time provide a good wind shelter, quite how it could be made waterproof was still to be tested. I had thought about slowly adding small amounts of turf, allowing the willow to grow up and out through it, until finally the structure of the building was provided by root material covered in turf, with the wands growing up out of it... but would it have worked?

This particular area of the land wasn't really suited to growing annuals, but we still impressed the locals with our abundant vegetable and salad gardens grown on land that they thought was only of use for grazing animals. Alongside the more recognisable fruits, vegetables, herbs and flowers, we grew more of those unusual plants, and they constituted a significant proportion of our diet. White strawberries fooled the birds and while the resident rodent population devoured our brassica stems killing the plants, they left many of the 'exotics' for us. Chilecayote (Cucurbita ficifolia) was a particular success story, sending out 30' tendrils in every direction and depositing vast green and white striped squashes all over the landscape - this time we were as amazed as the locals were! We later discovered that they also tasted delicious and they kept well too - if we could resist them that is. Yes, really relying on the food you grow is a great way to learn about gardening!

For a more detailed look at this design, see my Diploma Portfolio Mountain Garden Design.